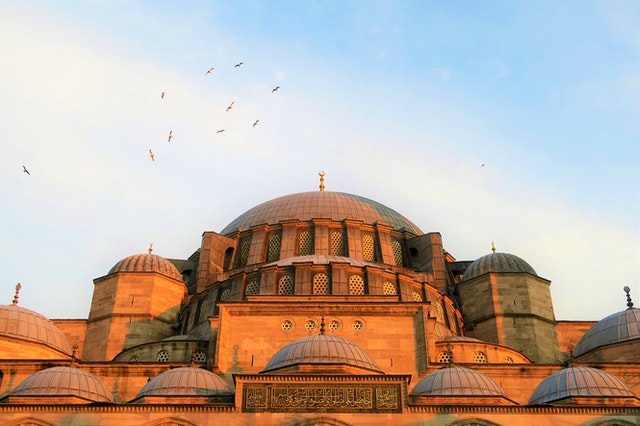 Sitting on the Bosporus on both sides of Europe and Asia, Istanbul is a rich cultural city where you can see east, west, and a collaboration of the two in one place. Many people may not consider Istanbul when searching for their next top vacation spots in Europe but youll be enticed by all of the options you have in the Istanbul. Start with the Hagia Sophia (Ayasofya) which was originally church built in in 550 A.D. and later converted into a mosque when the Ottomans conquered the city in 1453. Aside from the incredible 15 meter dome, you can witness researchers uncovering old church paintings along the walls of the Hagia Sophia that were covered when the church was converted.

From there you can walk right across the street to the famous Blue Mosque. Its one of the largest in the world and was built during the time of the Sultan Suleiman in the 1500s. Entry is free into the mosque but make sure you’re dressed modestly. Everyone will be required to leave their shoes at the door and women will have to cover their heads with a scarf while inside. Its certainly worth the effort however as the architecture and fine attention to detail is fascinating to see up close.

Much like in Barcelona, Spain, the cheapest way to get a great view of the city is to take a ferry across the Bosporus. These ferries which you’ll find all over the city’s coasts on both sides of the straights, are what the local use to get around and act as a convenient taxi service in a place where the roads are always congested. A complete ride from the southern to the northern most stop will take around an hour and if you’re feeling adventurous, plan out your ferry ride by going as far north as possible and arriving around lunch time. You can enjoy a fresh fish meal while overlooking the Bosporus and Black Sea.

Istiklal Caddessi (Street) is a great place to go shopping and eating at Istanbul restaurants during the day and evening hours. After day it comes to life as the pubs and clubs roll into full action. Its a great place for a late night coffee or doner, the local kebab fast food. Travelers who like to party will also find the Istiklal area and Istanbul accommodation enticing and can drink and dance the night away until the wee hours of the morning.

There is currently an Ottoman revival going on in Istanbul where some of the old traditions of the past are making their way back into the mainstream. One of these is the Turkish bath, or hamam. You don’t have to be intimidated as there are separate sections for men and women. While you’ll be naked for the most part, so will everyone else and you can relax in the steamy bath in hot water after a deep tissue massage or nice body scrub. The most popular hamam for tourists in the city is the Çemberlitas Hamami but there are plenty of others around as well.

Istanbul is a great city to visit and has one of the busiest airports in Europe but Ataturk International Airport also happens to be one of the best airports to sleep in as well if your flight does happen to get delayed.