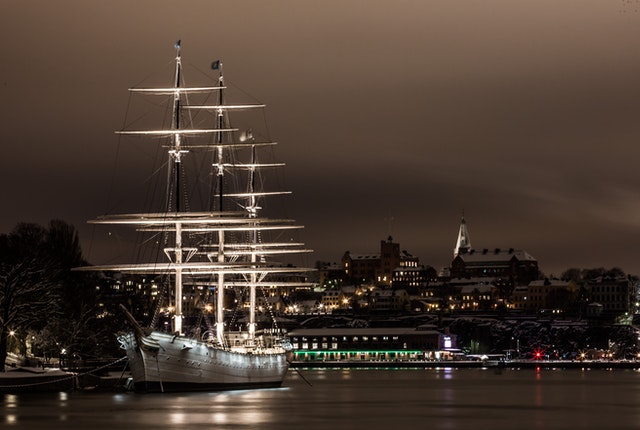 Stockholm is a beautiful city, particularly during the mild summer months. It never gets too hot in this city where the sun stays up for 16 hours a day during June and July. Its a well laid out city that’s expensive but perfectly orderly, safe, and a great destination for family travelers. That isn’t to say that the Swedes dont like to party because youll find the nightclubs in Stockholm some of the liveliest in Europe. The sun is out and the cold winter behind them and Swedes know how to make the most out of their best season.

To first get a lay of the land, take a ferry and hop around the city. Bring a light jacket as it does get nippy but you can hop on and off to see some of Swedens most famous historical sights. One of these stops is the Stockholm Palace, where the country’s royal family stays. Its located in an interesting part of town, the Old Town (Gamla Stan) a great part of the city to wander up and down the narrow streets. The Stockholm Palace itself is place near the edge of the water making it a great photo opportunity from that angle.

There are also several other cultural sights to see in Stockholm including the Royal Dramatic Theater and the Woodland Cemetery. Stockholm is a city of fine art and museums, and the city itself contains over 100 of them. There are also several free outdoor art galleries, exhibits, and displays setup throughout the year and you can find along the Stockholms downtown areas. An interesting museum to visit is the Nordic Museum that goes into the Swedish Viking heritage during times that were much more violent than they are today. Its a nice contrast to the orderly city you’ll find when you visit Stockholm and is a good trip to plan during the middle of your stay. Set aside about 2 hours at the museum to have enough time to see everything.

The Stockholm Jazz Festival in July is another way to see one of Swedens true passions music. The festival has an eclectic blend of sounds and influences from pop, to American rock and roll. You can time your vacation to Stockholm to see he festival in action where there’s plenty of good food and drink to go along with the smooth sounds of jazz. There are a number of other festivals that take place in Stockholm as well, mostly during the summer months and you can find one just for your travel interests if you visit anytime between May and October.

Packing for Stockholm can be a bit tricky since the weather changes quickly throughout the day and rain or cold spells aren’t uncommon even during the warmest months of the year. Make sure to pack some warm clothes too or save yourself the hassle and learn how to get someone else to pack for you. Stockholm is also a good hopping off point to take a 2-3 day cruise to other nearby cities like Helsinki, Oslo, or Riga, Latvia. Your time on the cruise may even be cheaper than spending your entire time in the city as the hotels are pricey.