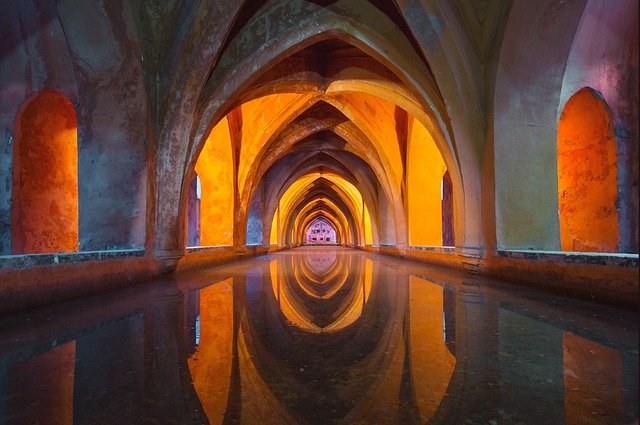 Benidorm has a reputation as being a home away from home for British travelers, who flock to the resort’s sandy beaches to get their fill of sun, sea and sand. Brits will find that the lively bars along the promenade not only serve traditional English cuisine, but will also play premiership football matches and show popular UK soap operas. Described as a Spanish version Blackpool, Benidorm not only proves popular with the masses, but the resort has also become the focus of an ITV series about the British holiday scene. Here are three of Benidorm’s highlights:

Mundomar is an aquarium and animal park situated on the outskirts of Benidorm. The park is a huge hit with family travelers who visit for the dolphin shows, which take place twice a day at 1.30pm and 4.30pm. Most people choose to watch the dolphin show from above, but there’s an underwater viewing area for those that would like to see an alternative view of the show. During the show, a lucky child is selected from the audience to sit in a boat which is then pulled by dolphins. This is sure to provide an unforgettable experience for the lucky child selected! There are also further animal shows from the penguins and the sea-lions. After the performance many people wander off to view the parks other animals which include a whole menagerie from owls and exotic birds to bats and hunting dogs. One of the best Benidorm hotels for easy access to Mundomar is the Mont Park Hotel, which is located less than two minutes away. This hotel is also great for those that want to visit the Aqualandia Water Park.

Benidorm is located on Spain’s Costa Blanca, a landscape which is abundant with castles. However, when it comes to castles none are rated as highly as Castillo Conde de Alfaz – Benidorm’s premier dinner destination. The medieval dinner show thrills guests with elaborate jousting displays and hilarious court jesters. One child gets in free per adult, which makes the attraction relatively inexpensive for the average family of four. With unlimited sangria and a disco once the jousting has ended, it’s also a great night out for couples.

Levante, Benidorm’s most popular beach, is also known as Sunrise Beach; which might have something to do with the elaborate sunrises that can be seen here every morning. It’s a very lively beach – but with over 5,000 sun-loungers on the sands there’s more than enough room for everyone. Much of Benidorm’s nightlife is centered on the beach and holidaymakers will spot many bars and nightclubs around the main promenade area. However, during the day the seaside attractions are relatively family-friendly, there’s the sand sculpture man who regularly fashions cartoon characters and animals out of Benidorm’s golden sands and playgrounds featuring swings and roundabouts. Teenagers and adventurous adults are also catered for on the beach with a fine selection of water-sports that range from jet-skiing and scuba-diving, to the more adventurous paragliding. Alternatively there are popular boat trips around the bays, where holidaymakers can try their luck at spotting one of the area’s wild dolphins. For long, lazy days on Levante Beach, the Pestana Levante Beach and Golf Hotel and the Levante Club Apartments have to be the best-placed of all Costa Blanca hotels with their ocean-front locations.

The Best Beaches in France