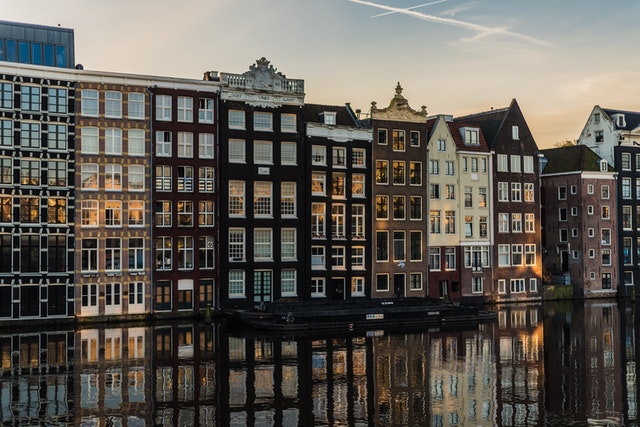 Most people associate Amsterdam with drugs like marijuana but its a city with a rich culture that shouldn’t be neglected by anyone based on misconceptions about the city’s liberal stance on some issues. There is quite a bit of history in the city and you can start by visiting the Vincent Van Gogh museum, which most people either love or hate. There are long lines to get into the art gallery which features some of the most famous paintings from the Dutch artist, but if you aren’t a fan you should probably pass on stopping by.

One of the best ways to get around Amsterdam is bike. In fact, its the most common way for people to get around in the city which has the highest rate of bike usage in the world. There are separate lanes and streets set aside for bicycles and you can rent one on a daily basis to see the entire city. Its safe to get around and you’ll see thousands of other riders going every which way. Most bicycle rental places will also let you pick up a ride at one end of the city and return the bike somewhere else, in case you decide on a whim to get on two wheels.

For those of you interested in history and who’ve read The Diary of Ann Frank, you can visit the museum dedicated to the girl in the house where she was hidden from the Nazis during World War II. Its an expensive place to visit and you’ll need to show up early because the lines can easily go around the block. Some people do get lucky though and show up without a soul in sight but youre better off being safe than sorry. The Ann Frank museum is that actual house where she was hidden until for years before being discovered.

If you want to see how some of the Dutch live in those boats along the many canals, you can visit the Houseboat Museum. Its a houseboat that is being used as a museum and hasnt been altered much from others that are used by actual residents. Its a low entrance fee and you can see how much space is actually in a houseboat, how the people organized them, and how big the bathrooms are too. At the Houseboat Museum they also serve food and drinks inside.

In and around Amsterdam there is also your usual collection of old churches and next to the oldest church in Amsterdam, the Oude Kerk, youll find a tall church tower that gives you a great look over the city. It doesn’t cost much to get up there and youre better off spending your money on the tower rather than the old church itself. Arrive there during midday as fog is common in Amsterdam during the morning hours.

Of course if you’re interested in partying, and other sins, you can head to the Red Light District after dark and seewell, see everything for a price. Its probably not where you want to go with your kids even during the day but a great place to party for backpackers. There is also a sex museum, shops, and shows along this very famous strip near the Amsterdam train station.