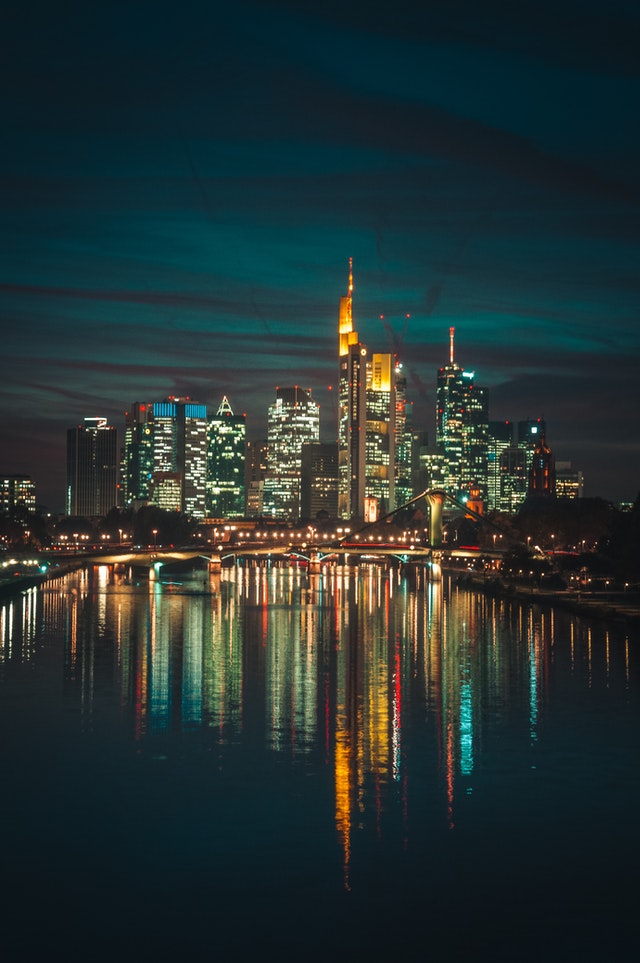 Frankfurt is a diverse city (the most diverse in Germany, in fact) and of great importance in Germany and throughout Europe. It is the financial center of Germany as well as the financial center of continental Europe, as it is home to the German Stock Exchange and European Central Bank. It is not all about the money however Frankfurt has a lot to offer with museums, old historical buildings, new and modern skyscrapers, and much more.

Finding flights to Frankfurt is easy to do as Frankfurt houses Germanys largest airport, the third largest in Europe (after London Heathrow Airport and Paris Charles de Gaulle Airport), and the ninth busiest airport in the world. That being said, it is often the transfer point for those flying into or out of Europe.

One of several factors that may determine whether or not a destination is a top vacation spot is whether getting around is cheap and easy or not. Frankfurts size means that public transportation is plentiful. The best way to get around is using the city’s metro system. Conveniently enough, ticket machines have an English option if you are having trouble communicating in German. Ticket prices for the metro depend on where you are going, but you do have the option of purchasing a ticket for single use, all day use, or weekly use. Taxis are also readily available and may be more convenient to use if you are looking to move shorter distances.

Frankfurt is the home of the Frankfurter, better known to some as hot dogs. There are several different types of Frankfurter dishes, including the traditional Frankfurter Rippchen. This classic Frankfurt dish consists of cured pork cutlets, sauerkraut, mashed potatoes, and mustard. Germany may not be known for its exquisite cuisine, but when it comes to sausage and sauerkraut, it knows what its doing!

Frankfurt is teeming with European history. From the Holy Roman Empire to World War II, the sights in Frankfurt tell many stories. Romerberg is the city center of Frankfurt, featuring 14th and 15th century buildings that were rebuilt after being mostly destroyed during World War II. Romerberg, the biggest Gothic town in the region, was destroyed by several bombardments during World War II. This is where youll also find the Rententurm, a fortified 15th century Gothic tower that is connected to the Saalhof, a 12th century castle.

Dom Cathedral, also known as Saint Bartholomeus Cathedral, is the cathedral in Frankfurt where emperors of the Holy Roman Empire were crowned for over 200 years. Built in the 14th century in Gothic style, it has become Frankfurts main cathedral. As with other historical buildings in the old part of the city, this cathedral was also reconstructed following bombardments by Allied Forces in the 1940s.

If the weather permits, it is recommended that you visit the Palmengarten, meaning Palm Garden, Germanys largest botanical garden. Open since 1871, the Palmengarten was not immune to the second world war, and has since be revamped and rebuilt. There are free-air and climatized greenhouses where exhibits featuring tropical plants can also be found.

A Quick Blitz through Berlin Germany

Getting Around the United Kingdom